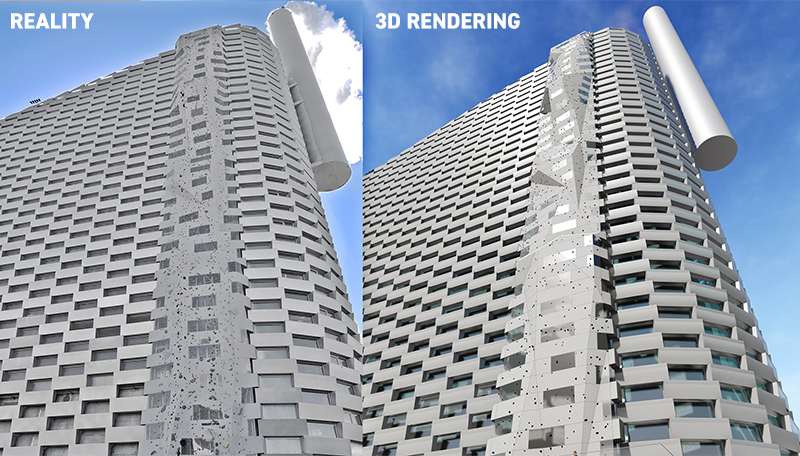 The Idea and Design

Climbing wall manufacturer, Walltopia has designed and built the worlds tallest climbing wall at 80 meters high. The outdoor wall is mounted on the Amager Power Plant at Copenhill, in Denmark.

Vasil Sharlanov is an architect and was previously Head of design at the company for over 5 years. He was still on the design team when the Copenhill project started and was involved in the design and development concept. This was in cooperation with the building architect to meet the site requirements. Sharlanov is now the head of sales at Walltopia and from working on the design says; “The wall design was a challenge as we were striving to find the right balance between appearance and functionality. The goal was to create appearance matching the impressive building architecture while designing wall topology that offers supreme climbing experience.”

Sharlanov also says; “The building itself is designed by Bjarke Ingels and his architectural company BIG after winning an architectural design competition. Bjarke is known a great visionary in architecture and this can certainly be seen in the unusual design of CopenHill.”

“One of his initial ideas was to introduce climbing on the building facade and thus add more urban activities. Since this is quite a prominent and visible part of the building (you can see it all the way from the famous Little Mermaid statue in downtown Copenhagen). It was very important to make it right. When the power plant went under construction, the owners of the building, Amager, started a tender competition where all major climbing wall suppliers were invited. In addition to keeping everything in a preset budget, it was quite important to follow all design requirements from BIG. To create a great features for climbing and also propose a working solution of how to actually build it. It was never done before at this scale.”

One of the biggest hurdles for Walltopia to surmount was to keep the wall matching that of the main building design. Copenhall has some very funky design features to match. But as you will see from the images in this article, it blends in perfectly. In fact from a distance it’s hard to make out the climbing wall at all as you will see from the images!

Being 80 meters in height the worlds tallest climbing wall was split into 4 pitches, which are of roughly every 20 meters each. Each pitch leads to a sloping belay which is comfortable but not so comfortable that you want to stay on it for long. This was designed to encourage climbers not to block the routes by chatting and taking selfies. 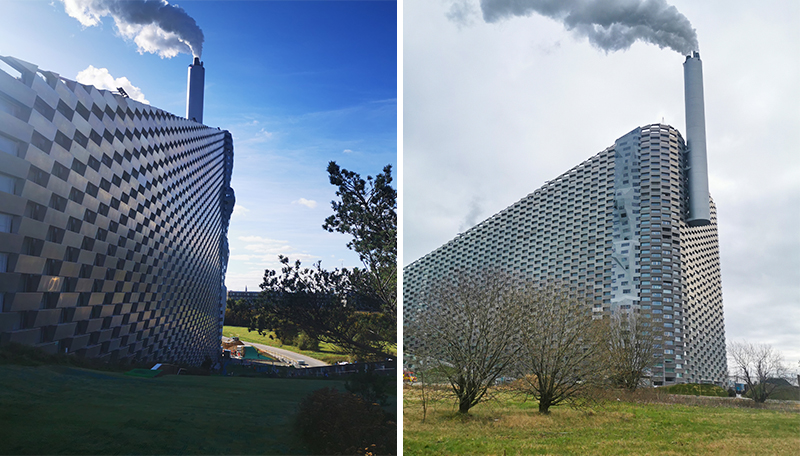 Walltopia have used plexiglass in conjunction with fiberglass as the climbing surface. Project manager, Ivan Natovof says “Plexiglass is complex to work with, especially if you need to bend it. But thanks to the technological advancements we’ve been investing in at our factory and the skilled engineers at Walltopia, this was problem that was easily solved. Screws cannot be used with plexiglass. So all connections needed to be made with bolts and fasteners for which we had to pre-drill openings. This is a very precise job as you barely have any margin for error in this case. It’s quite easier when you work with plywood and screws.”

The rest of the climbing wall is constructed of fiberglass to be weatherproof over a frame of stainless steel. Copenhagen is a windy cold especially in the winter months and 8 Walltopia employees needed all their skills to complete the wall in these inclement weather conditions.

Jurassic can’t wait to get to Copenhagen and get on the worlds tallest climbing wall!