Being a climber, a coach and a writer naturally makes me an investigative and curious person. I am a man in a sport that mainly has men taking the pride of place as the elites. As an active participant in the climbing World I am privy to a lot of gender-related experiences. Which lead me to question this bias in climber gender ability. So my question – Are men really the top guns or is it that ‘Girl’s Are The Best Rock Climbers, Probably.’

I really hope that this article inspires some thoughtful discussion! 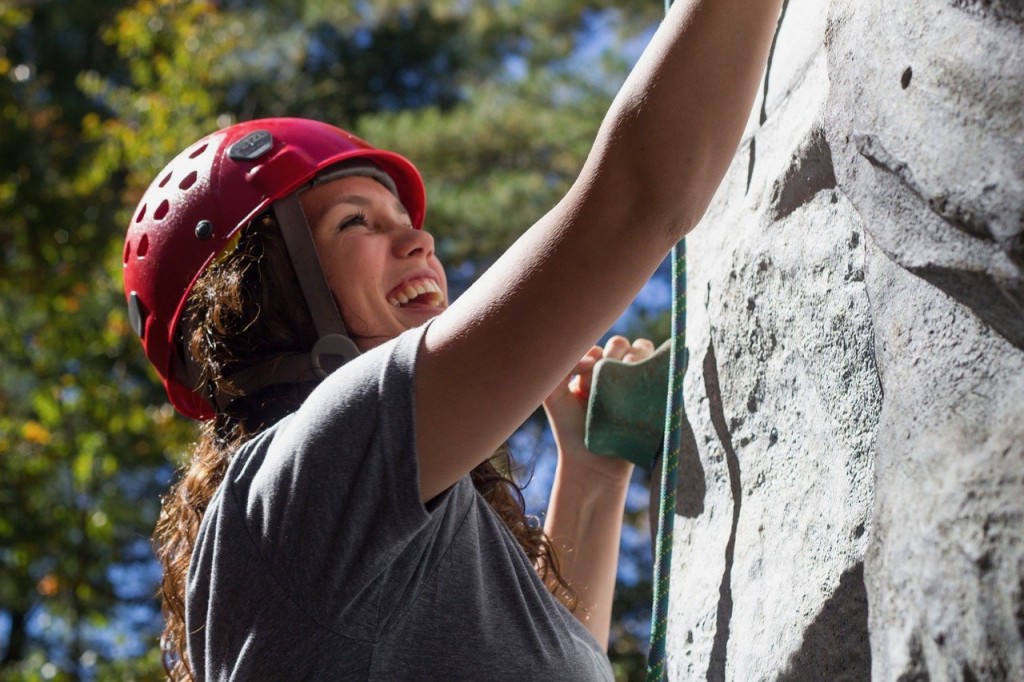 A Case In Point…

Let’s take a case in point. Last week I was climbing at a local crag. There were a number of small groups of other climbers, mainly groups of guys, but one group with a solitary girl climber. Now being a coach I am always interested in how people climb. Even on my personal climbing days, try as I might I can’t stop myself watching others climb! The group of three men and the one girl came over to climb near to where we were climbing. They had chosen a 7a route to project.

What struck me immediately was that the men took charge. They never really included the girl, she was just an afterthought. They set themselves up under the 7a and with a discussion that excluded the girl decided the order of climbing. The girl was to be last!

So to cut a long story short. The three men all tried and failed at the first crux on the route. Having taken a good hour plus of time in their attempts they finally gave up. They loudly stated ‘Thats way too hard for a 7a, let’s find something else!’. To this point they hadn’t even included the girl, but she piped up and asked to have a go. To which the comment was ‘If it’s too hard for us you won’t stand a chance, you’re not as strong as any of us’! Luckily she stood up for herself and they reluctantly let her tie on.

The outcome, the girl sent this 7a clean first go with some of the best climbing I have seen. The reason, well the route is technical and does not lend itself to being bullied by strong gym rats. The girl may not have been super strong, but she was technically superb!

The result was that the men hardly congratulated the girl. They told her to clean the route, pulled the rope, and walked off in search of an easier route to bully into submission! Oh, by the way, we congratulated her, she smiled ear to ear. She has just signed up for our monthly Jurassic Climbing Coaching!

Humiliation Of The Girl’s!

Now through my personal climbing, and my work as a climbing coach. I constantly see and hear some awful situations and comments instigated by male climbers towards girl climbers. Here are just a few that spring to mind:-
Any of those experiences are likely to put anyone off of climbing ever again or at the least to feel totally humiliated! 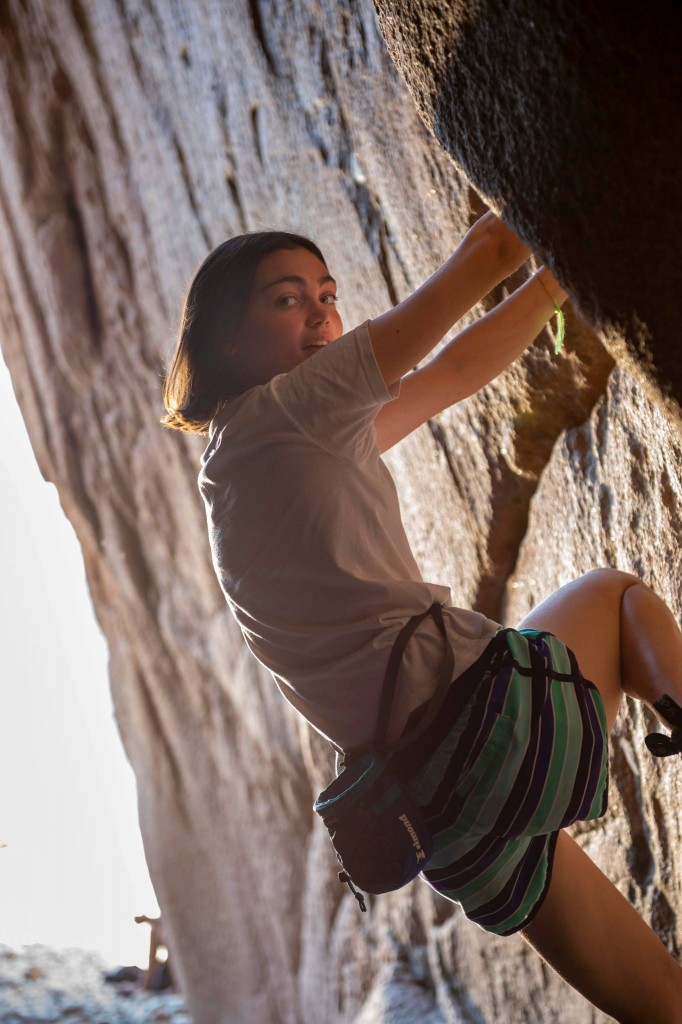 I can guarantee you that grade for grade the Girl’s are the better climbers. Furthermore, given the chance the Girl’s would leave the men standing! So why do I say this?

Let’s leave aside the humiliation tactics for now and concentrate on the actual climbing skills of the girl’s and the guy’s. It is true that most girls come into climbing not being as strong as their male peers, that is just how it is. Taking into account one of the great climbing fallacies, that ‘to climb well you must be strong’ the girls must already be at a disadvantage. But are they, not on your nelly are they!

Let’s look at Sally and Joel, both beginner climbers, first time at the climbing wall and with a coach. During the first session they are coached in the basics of good technique and how strength is not what climbing is about. By the end of the session Joel is walking all over Sally’s grades and already sending much higher grades, but Sally has listened and learnt! At the next session the gap has reduced, but Joel is still at a higher grade level, the next session it’s reduced again, and so on.

Eventually they both move through the beginner grades, they move into the more technical intermediate grades. When all of a sudden Joels tremendous gains begin to stutter and Sally starts to be in the ascendance. It is usually at this point that the humiliation starts as to the girl not being strong, etc and should stick to the slabs and vertical routes, but we’ll get back to that later.

Why should it be that Joel takes a commanding lead only to see Sally catch up and potentially go past him? Well of course ‘to climb well you must be strong’ mustn’t you, it’s a known fact, right? Rubbish, rubbish, rubbish!

To Climb Well You Must Have Technique!

Sally finds that she can’t pull as hard on the handholds as Joel can. She realises that she must find another way. She listens to the coach, how it is that climbing is led from the hips and pushing from the legs into the feet. How it is that upper body strength, although required, is in fact a secondary need.

We all know how to pull up on things and so Joel takes an instant lead in grade improvement. It takes time to learn the technique of using the hips, legs and feet to climb. But once learnt Sally speeds up the grades and leaves Joel in her wake. Her technique will now see her in good stead for the whole of her climbing life and give her time to build on her core and upper body strength. Combine the technique with the steady strength gains and Sally will become a first class climber. Joel will always want to prove his strength and power prowess and so won’t ever entertain the thought of learning technique. Joel will probably stay in the mid grades, whilst Sally will have the potential to hit the elite grades! 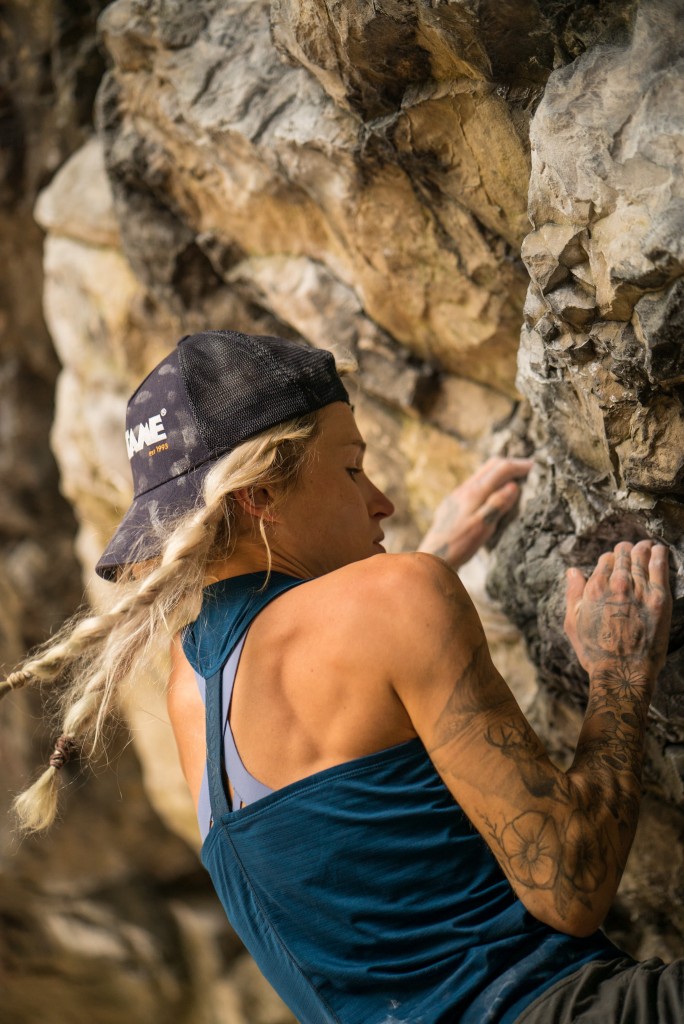 That Other Climbing Muscle, The Brain!

You may ask me why ‘Sally will have the potential’ only, and is not a definite to hit the elite grades? Let’s now return to the ‘Humiliation Of The Girl’s!’

Society has evolved over thousands of years to image the male as the leader, the doer, the best. The female has taken a background roll, a secondary place, a follower. Is it any wonder therefore that this has been taken through too many walks of modern life, and climbing is no exception!

I have already highlighted a short list of the many put downs that I regularly see and hear rained down on the girl climbers by the male climbers. This is only a small part of the full scale of the problem and in my opinion is the reason that so many girl’s don’t reach their full climbing potential. We all have egos and when we are continually put down that ego can take massive hits. When the dents are continually made they start to multiply, we start to question our ability. The girl’s may be and usually are the best rock climbers, however the humiliation by the male climbers often renders that null and void.

So What To Do?

So what can be done? Well the girl’s could toughen up, indeed there are many notable girl climbers who power through and take the elite position. But for the most that’s not in their DNA and is just the way that they are made. Society could change but that is not happening in a hurry and I personally doubt that it will ever truly do so!

But we are our own community, a community of climbers. We are an inclusive community where we can all excel to our best potential. We can all help each other be included and it is down to us all to make sure this happens. In this case it seems to me that it is the guy’s who have to step up and step back. It’s for us guys to swallow our egos, to allow the girls to shine, to encourage them to take the lead!