During the Easter school holiday, Jurassic Climbing Academy borrowed a plane from EasyJet for 8 days of superb sports route climbing on the sunny coast of Costa Blanca, Spain. Just as the weather in the UK began to change for the worse we were welcomed by the blue skies and sunshine in Spain. Our Costa Blanca Climbing Trip produced outstanding memories that none of us will ever forget.

We hired a villa only 30 minutes away from many of the crags from Abahana Villas. Making it easy and accessible to visit as many crags as possible and the nearby beach and town of Calpa. 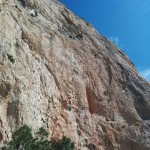 For the first day, Monday, we went to Toix Far Oeste for a nice easy in and to find out where everyone was with their climbing ability. We climbed endless grade 3s, 4s, and 5s both on lead and top rope and tested everyones belay rethreading ability. One of the main routes that we tried that day was ‘Energise’ a 6a+. An amazing route with long moves from big hold to big hold, fabulous! Some of the group then got on the 6c next door and started working it and were desperate to go back and send it. At the end of this day, a quick trip to the supermarket, a big meal and an early night was needed by us all.

Day two saw the group warming up on the easy grades and then starting to push into the harder grades. Whilst Satish and Horry bashed out the 6a routes. Katia, Sophie, Georgie and also Horry all led to 6b+. With 11 year old Tom top roping his first ever outdoor 6b! Towards the end of the day Katia and Sophie started working at their outdoor project grade of 7a on a route called ‘Bushba’. Both nearly sending it! 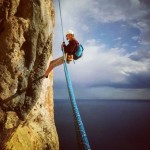 For the third day head coach, Paul Jackson took Sophie, Georgie, Katia and Horry to the ‘Penon de Ifach’. Here they climbed the multi-pitch route ‘Diedro UBSA’ graded 5+. As expected this turned out to be something of an epic day out. We were attacked by Seagulls, did a swinging abseil between pitches, Katia went off route and needed help getting back off a 6c, we squeezed through a cave on the last pitch, and finally topped out in the dark. What a fantastic adventure!

Today was a split day with most opting for a rest day on the beach. Head Coach, Paul Jackson, took two of the group out climbing. One to learn how to lead climb, the other to brush up on belay rethreading. After a bit of an epic trying to find the exact area (Warning, don’t use the RockFax Costa Blanca Guide book for this crag area!) we came across some ideal routes for our purposes. After some coaching in the skills of Sports Climb leading and belay rethreading both climbers hit the rock. Satish going first with leading and rethreading several routes. Then Tom at 11 years old led his first ever outdoor Sports Route, quickly followed by a second lead route!

Guadalest is not just the very pretty rock top tourist village, but a fantastic climbing crag. Today the group split into two with those able to work independently going for the harder routes. The novice climbers were on to the easier slab routes to learn more technique and lead climbing ability. After lunch the two groups joined back together to hit out some 7a routes on lead or to have a go at top roping them. 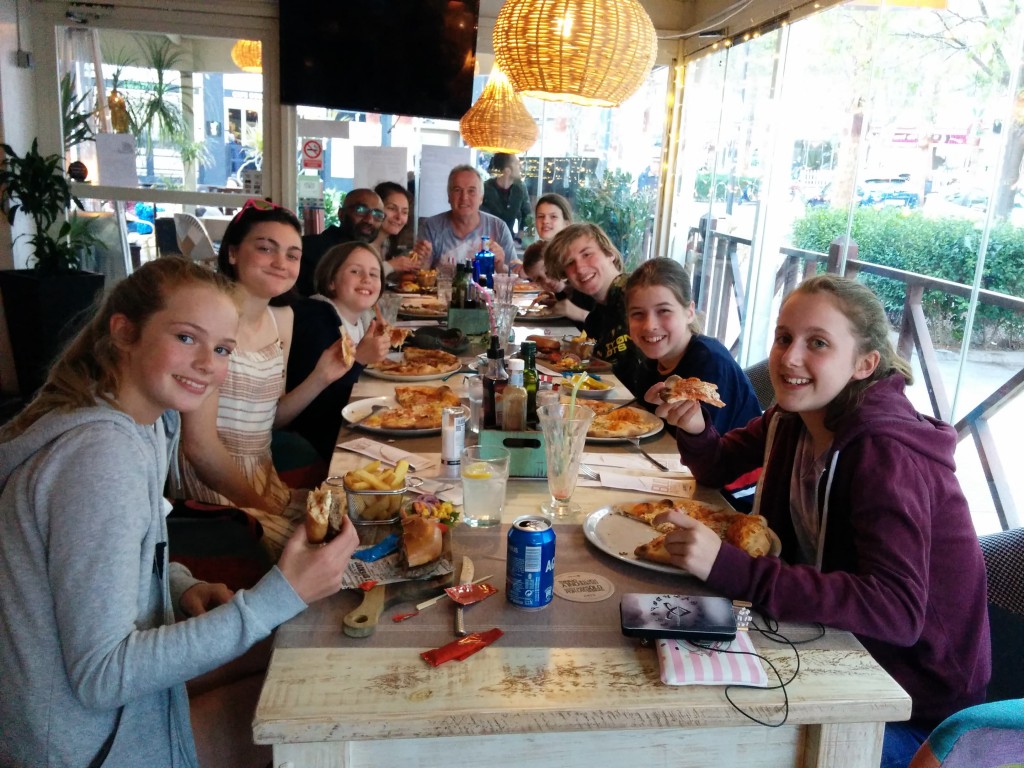 For our last full day, we returned to some unfinished business at Toix Far Oeste. Again we split into two groups with some finishing a hard 6c that they had tried on our first day. The other half were now getting confident in their technique and leading ability and started to push into the grade 6s. Towards the end of the day Katia and Sophie headed of to try another 7a and between them sent it!

We were packed and ready to drive home on Monday evening. However, we couldn’t leave without going to do one last climbing session. So we found loads of great routes at Sella to round off a perfect week. Everyone bashed out routes in the 6s and 7s with the highlight of the day and probably the trip being 11 year old Tom leading a 6b route clean!

Every day of our Costa Blanca Climbing Trip was special. I feel privileged to have been a part of it. We all loved every second of it and want to do it all over again. A big thank you goes to the outstanding coaching that Anna, Amy and I received From

As Head Coach at Jurassic Climbing Academy I had the great pleasure of working and existing with the nicest and most motivated group ever! I certainly loved every minute of the trip and was always smiling at new climbing goals the students hit or at some sort of fun malarky that was occurring off crag

I must thank my wife, Dawn Jackson, for always being there every day, having food and water at the ready to refuel everyone. To also motivate us when we needed it the most.

Thanks to our sponsor’s Friction Labs for the great calk products they supply that help us all to perform at our best!

If anyone is thinking of having a similar experience to this please contact us, and we will be happy to help.

Thank you so much for taking the time to read this.