On the fourth of October, Jurassic Climbing Academy set out for Cornwall Climbing. One van, two tents and a beautiful field at Kalynack, St Just, not too far from the magnificent Cornish coastline. Paul, Dan, and I planned each day accordingly. Our aims were to go to three different crags over the four days; Bosigran, Sennen, and Chair Ladder. 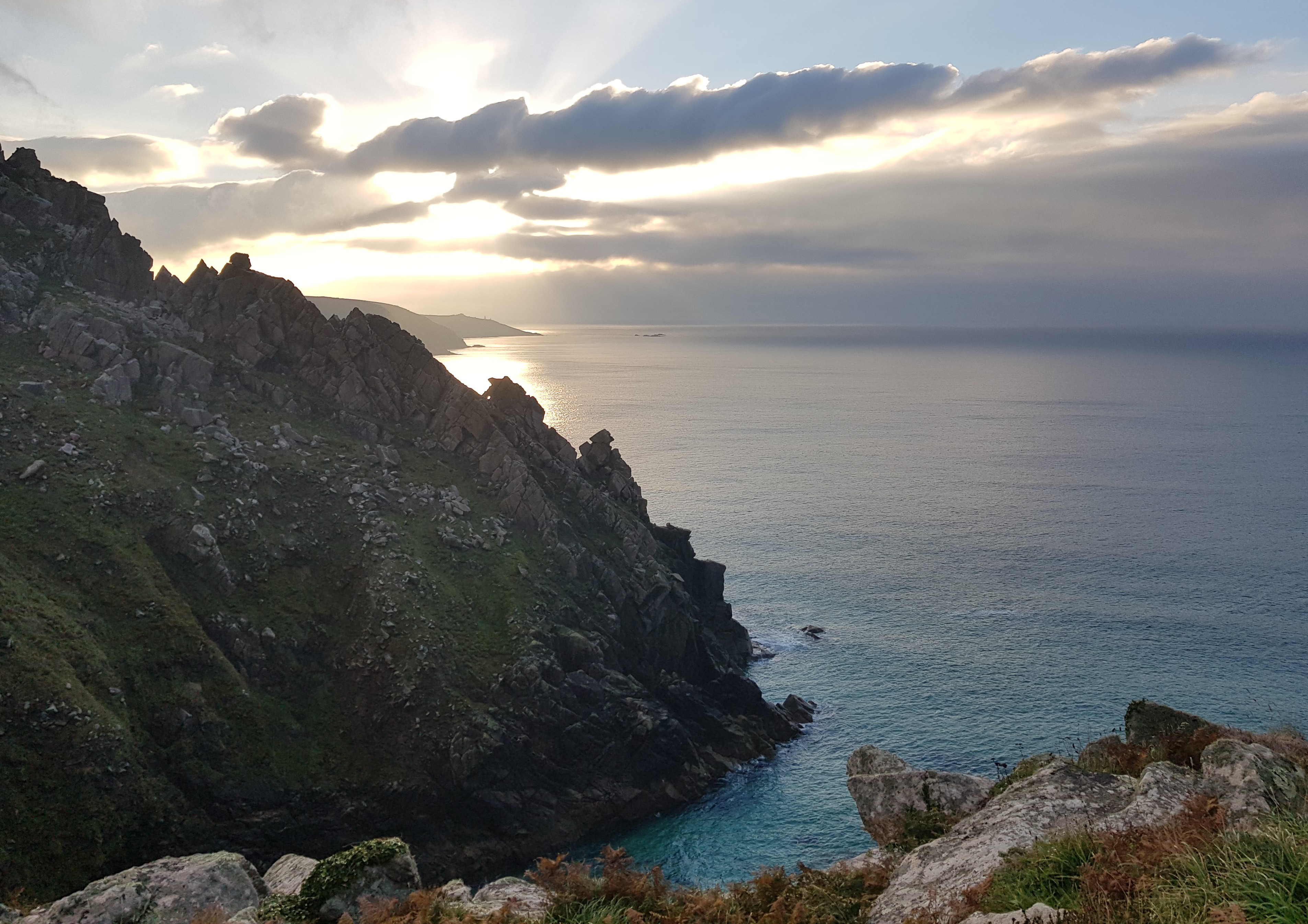 On the first day, we arrived at Bosigran to a be met by a surprising number of climbers with the same idea as us. Our first climb was ‘Alison Rib’ a very simple climb, however, this was good prep in placing gear for the harder climbs ahead. We then went on ‘Big Top’ VD * again a beautiful climb with outstanding views. The highlight of the first day was the 3 🌟 route, Ledge climb HVD***. It was an incredible climb and we managed to get many pictures and I achieved my first proper lead climb and set up a belay, I was very proud! The day went so quick and by the time it was 6:30 pm the sun was setting and I will never forget how beautiful it was.

For the second day, we drove to Sennen Cove, a stunning Cornish cove not too far from Lands End and with phenomenal views. After going hard (for me that is) on the first day we were tired, however, we managed to push through. Firstly, I was taught to set up an abseil as that was the only way down. Our warm-up route was ‘Corner Climb’ VD**, we followed this with ‘Intermediate Route’ HVD***, which had a very difficult start!.

Our final route was ‘Demo Route’ HS 4b and a top 50 route. Dan and I struggled with this route, and both agreed it was harder than HS 4b***, Paul doesn’t agree! 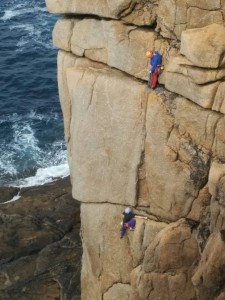 At the crux of the climb it became obvious to us that we were on it, with a pea-shaped pod, we were torn on how to climb it. Dan had a terrific go at it and was so close to leading the first pitch clean, then with me on second, I understood why he was struggling. I lead the top pitch, big moves from an undercut but absolutely perfect holds so we made it! I would love to come back to try to lead this route from the bottom.

Overall an amazing second day of our Cornwall Climbing Trip and we ended it with a well-deserved trip to the Pub with free WIFI. Arriving back, at the campsite, it was the calm before the storm. It was quiet almost too quiet. A few hours into the night the wind picked up and we were greeted with a lovely downpour, but somehow managed to stay completely dry!

For our third day due to rain, we had a long sleep till 10:30 am !! Then a trip to Penzance and sure enough we were very lucky for the sun to come back. Dan and I were keen to do a route called ‘Commando Ridge’ but it was extremely windy. Still, Paul took us out into the wild conditions to complete a classic climb that had to be ticked off by us. One of the scariest routes ever. I had never done anything like it, and it’s one for the record from our Cornwall Climbing Trip. That day confirmed that Bosigran is my favourite crag yet… another trip to the Pub was needed. 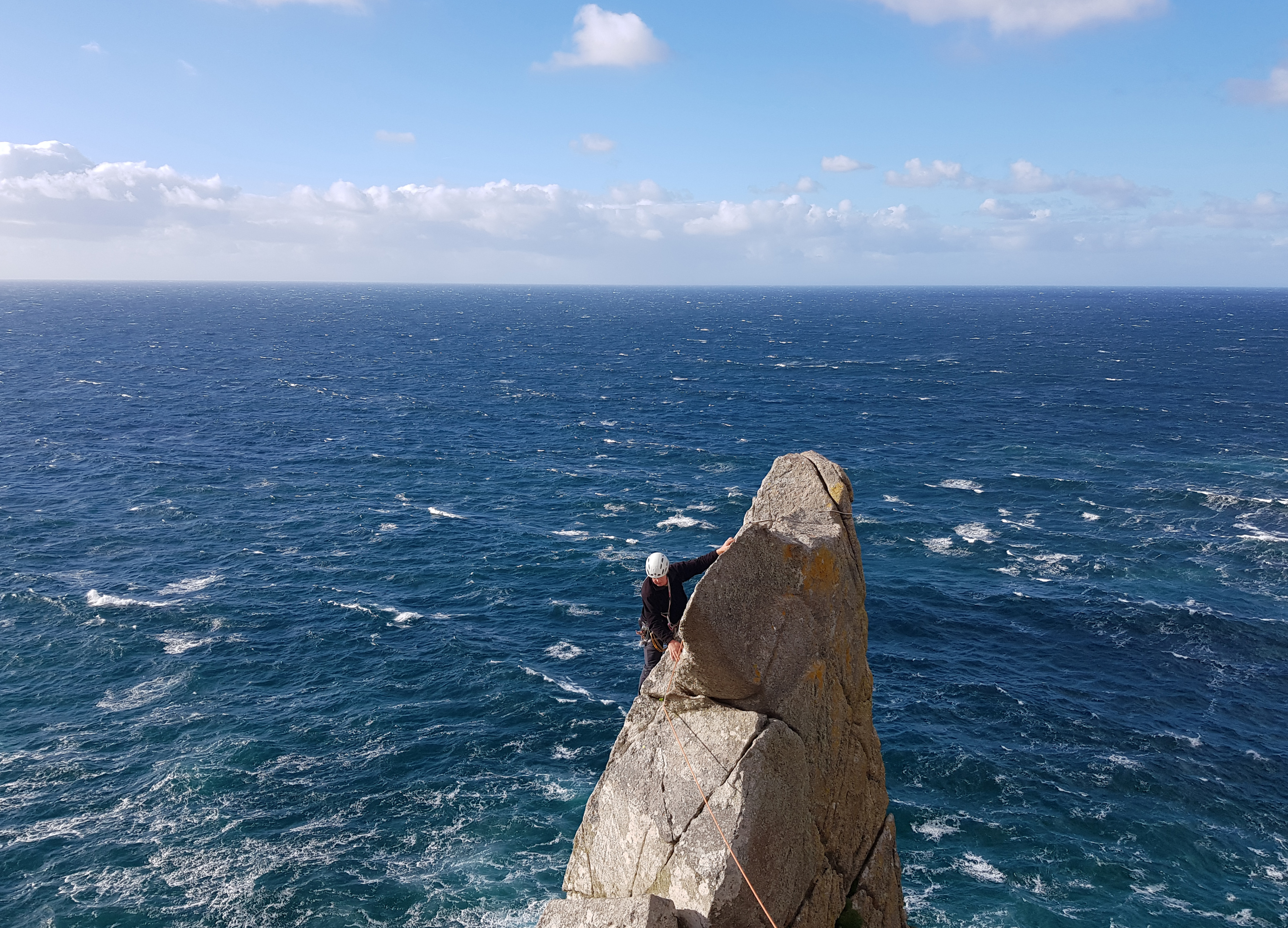 For our final day, we drove to a crag called Chair ladder with a reassuring coastguard hut just above it! We set up a long abseil, abseiled in and started my longest multi-pitch yet. It was called ‘Pendulum Chimney’ S 4b*** with five pitches, and what a climb it was, my words cannot describe how incredible this climb was. From the start to the finish, it was a total privilege to be up there. 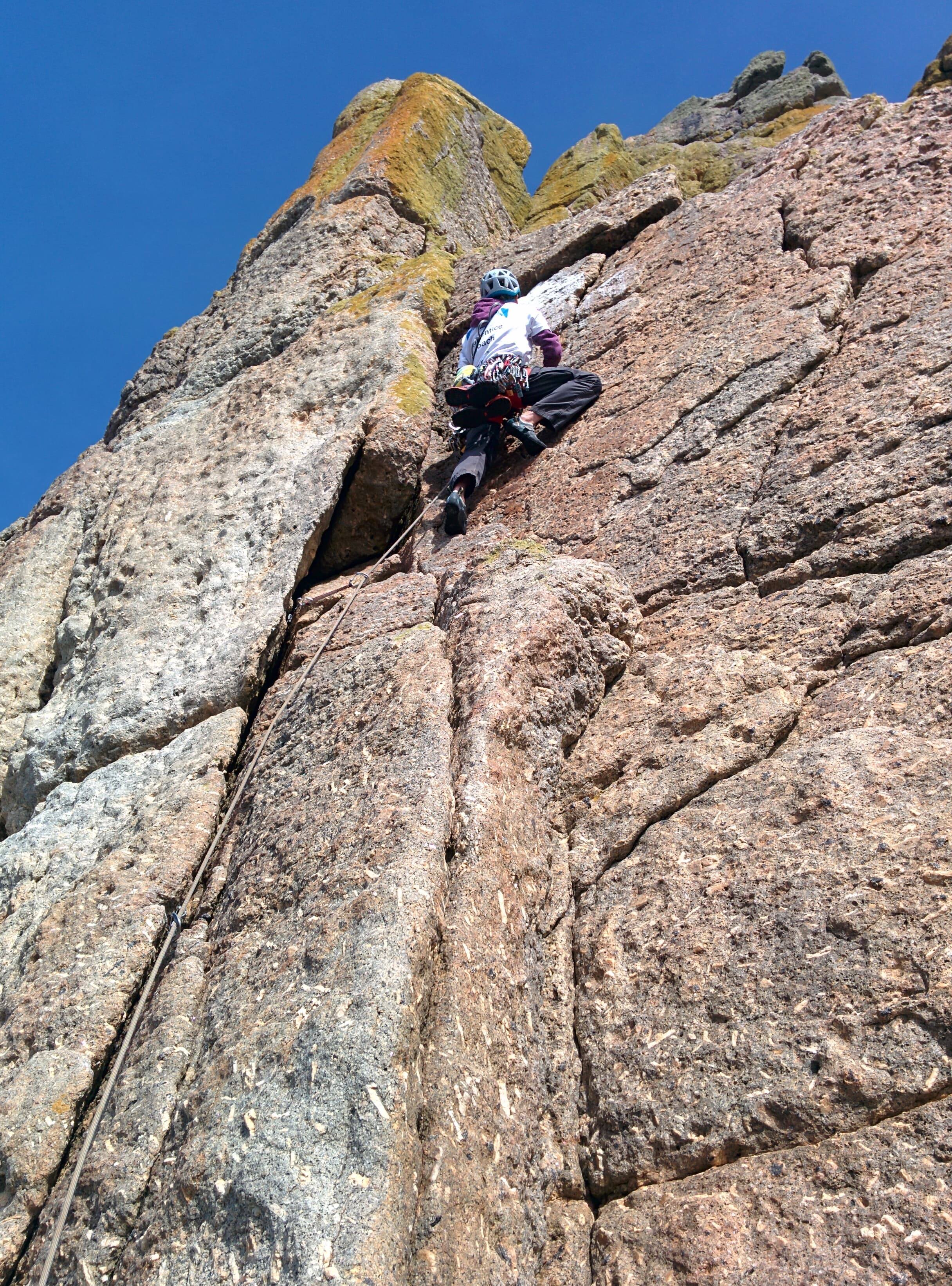 I want to thank Paul for organising this trip, coaching, guiding and for inviting me to come along. Thanks go to Dan for being an amazing help, teaching me lots of new skills which I will always remember. And also thanks to our sponsor’s Friction Labs.

And a word of advice: If you ever want to do a trip like our Cornwall Climbing trip, contact us, and we would love to share a guaranteed amazing experience with you!