John Gill was born in 1937 and grew up in Warrior Run, Pennsylvania. He is an American mathematician and amateur gymnast. He came into climbing during the 1950s and soon made a name for himself. Many climbers now considered John Gill to be the Father of Modern Bouldering.

Gill secured an MA in mathematics from the University of Alabama in 1964. He then became an instructor at Murray State University and then in 1967, he enrolled as a graduate student at Colorado State University. Here in 1971, he received his PhD in complex analysis. During his career as a college teacher, he wrote and published approximately thirty individually authored research papers in the areas of the analytic theory of continued fractions. Gill retired as professor of mathematics in 2000. 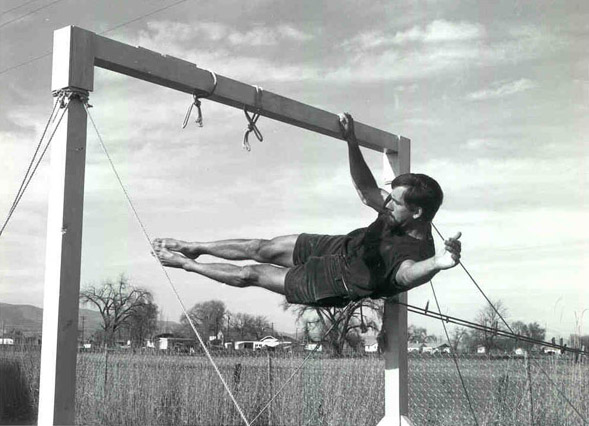 Gill’s climbing style showed the influence of formal gymnastics where he emphasized form and grace of motion. He preferred an application of strength and would avoid efficient moves like the heel hook, as he considered them not aesthetic. Where Gill considered the artistic style being equal to difficulty today we look at it very differently. Nowadays we considered the difficulty as the main gauge of success.

John Gill began rock climbing in 1953. He soon began to specialise on very short acrobatic routes that we now call boulder problems. The problems that he climbed in the 1950s and early 1960s were much harder than anything else around at the time. Gill was to reach what would now consider being V9 or V10 grades. In 1961 he climbed The Thimble, a 30-foot V4 or V5 highball which he sent unrehearsed and unroped. The Thimble is now considered to be one of the great classics of modern climbing. 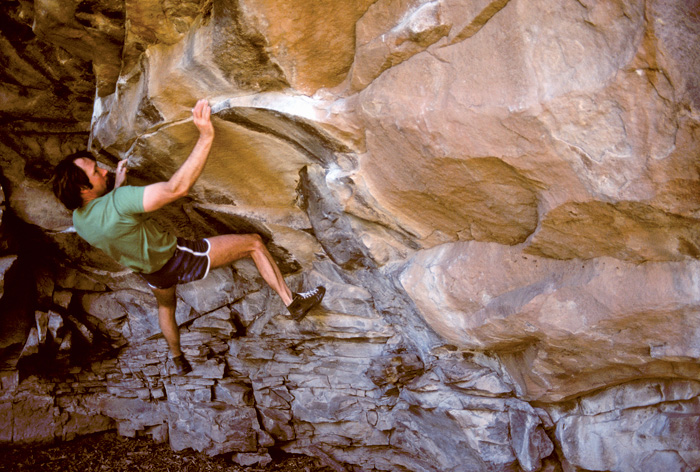 Being from a gymnastic background, Gill in the mid-1950s introduced gymnastic chalk into American rock climbing. The use of chalk in rock climbing then spread throughout the climbing world and today manufacturers such as Friction Labs produce dedicated climber chalk. He also introduced the dyno or controlled dynamics into climbing and stated that it would become a necessity which of course it has done. Gill introduced probably the first bouldering grading system in the 1950s, the B system. John Gills B system was eventually abandoned and replaced by a more open-ended system. 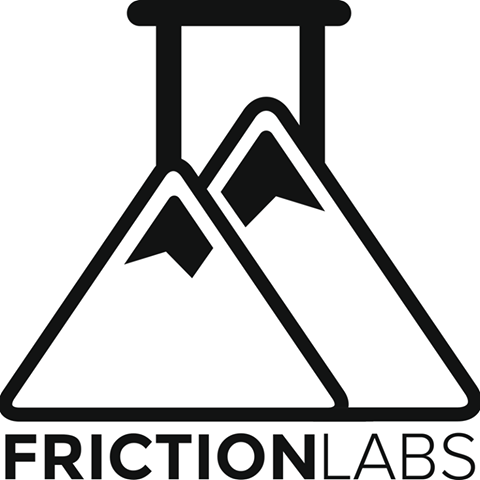